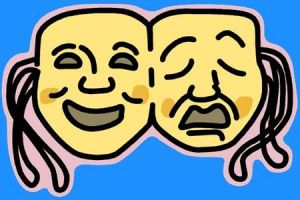 Community theater is…interesting, to say the least. While many people may find community theater to be campy, odd or too “artsy”, it doesn’t mean that people shouldn’t be able to participate in it if they so choose. Well, it seems as if this dream is becoming harder in Las Vegas as the Las Vegas Clark County Library District has recently implemented steep rental fee increases, drawing much opposition from the public.

Critics are stating that the library district is jeopardizing community theater by making the use of library auditoriums more expensive. According to Melanie Walker, a concerned parent, “Somebody had the foresight to build these beautiful theaters in our public libraries, and now the library board has priced us out of the opportunity to actually use them for performances. Shouldn’t tax payers have a say?”

The library district is claiming that it was forced to raise the fees for its theater rentals, which it rented out to theater productions and recitals. The cost increased from $10 an hour to an astonishing $170 per hour. In addition to that, the price of a technician to run the sound and lighting also increased from $12 per hour to $40 per hour.

According to Marci Riedy, who has already collected over 5,500 signatures to her petition for a lower rate hike, “We will keep coming to the meetings, and we will keep asking them to review these rates. This is about the community, and a beneficial service that is being unfairly eliminated.”

Theater and dance groups, along with other community organizations, have stated that they can’t afford the new library rental costs. And with fewer venues to turn to, these groups are saying that they will be putting a stop to any and all public performances. “It’s such a shame,” Walker says. “We’re talking about local, community theater, and enriching our community with performing arts.”

Executive Director of the Library District Jeanne Goodrich stated that the rental rate hikes were necessary to balance the budget that the library has been given. In addition to that, Goodrich also says that library auditorium rental is a very small part of total revenue and that it became too costly to subsidize theater space for community organizations.